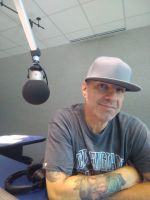 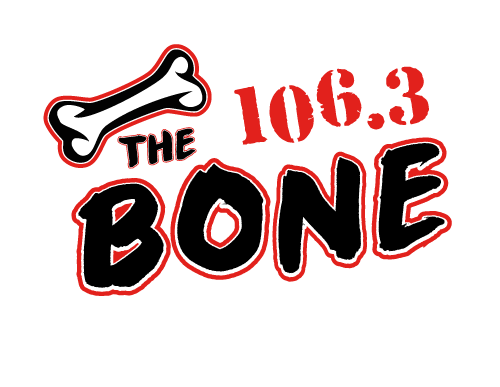 106.3 The Bone Presents Gojira with Knocked Loose and Alien Weaponry 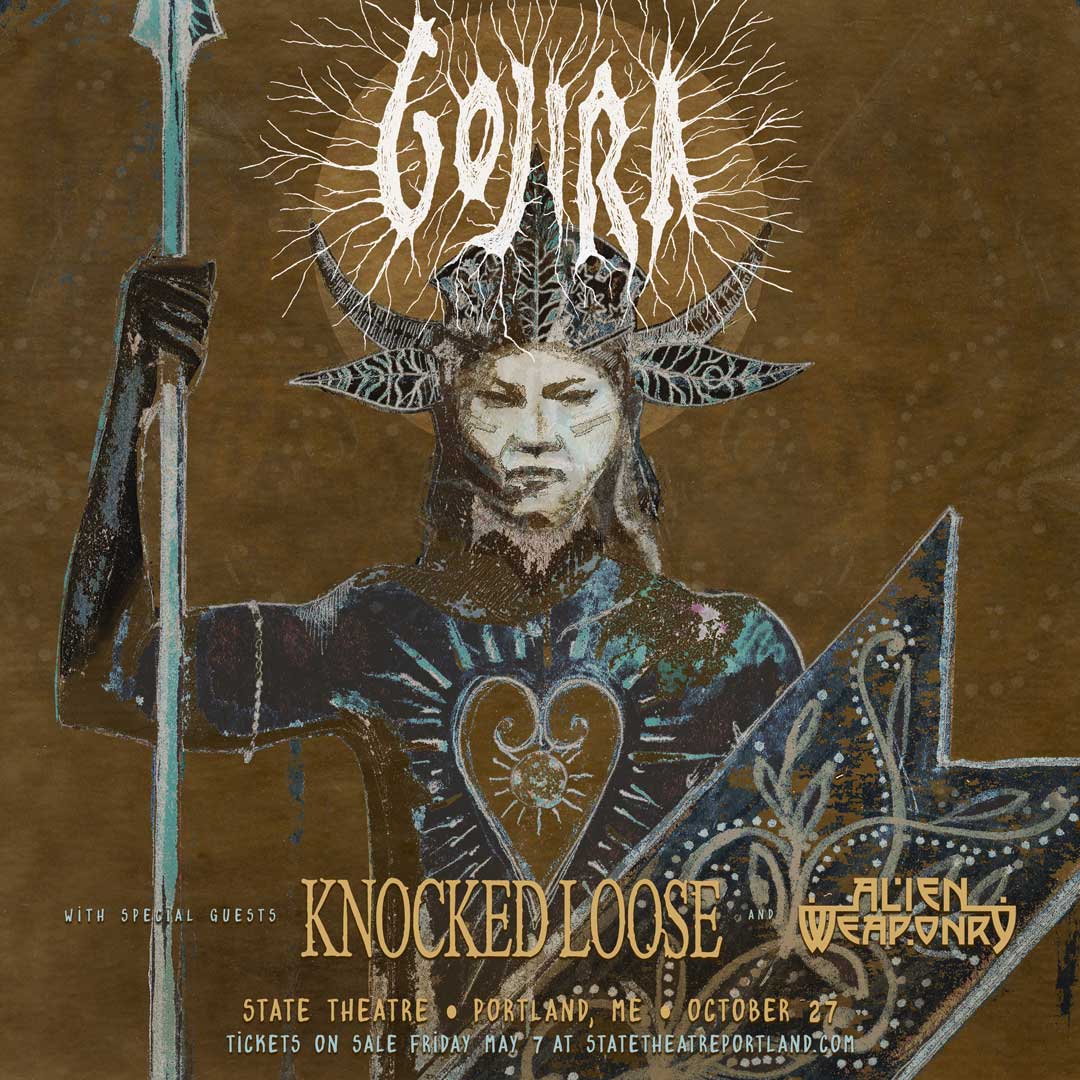 Starset with The Word Alive and All Good Things

Starset with The Word Alive and All Good Things The State Theatre box office will open 1 hour before doors night of show.

Due to present circumstances surrounding COVID-19, any of our event statuses are subject to change. In the event of cancellation, you will receive a full refund; we’re working hard to ensure you have options in the event of postponement or rescheduling. In an effort to enable a safer live experience for all, we’re also facilitating some new safety initiatives which you will need to accept and adopt in order to attend any event. The State Theatre, Thompson’s Point, CROBO LLC, Live Nation Entertainment, and Ticketmaster do not assume liability; the ticket holder will assume all risks involved. By purchasing a ticket to any event you agree to assume full liability for any risks incurred before, during and after the event and agree to the current Terms of Use. 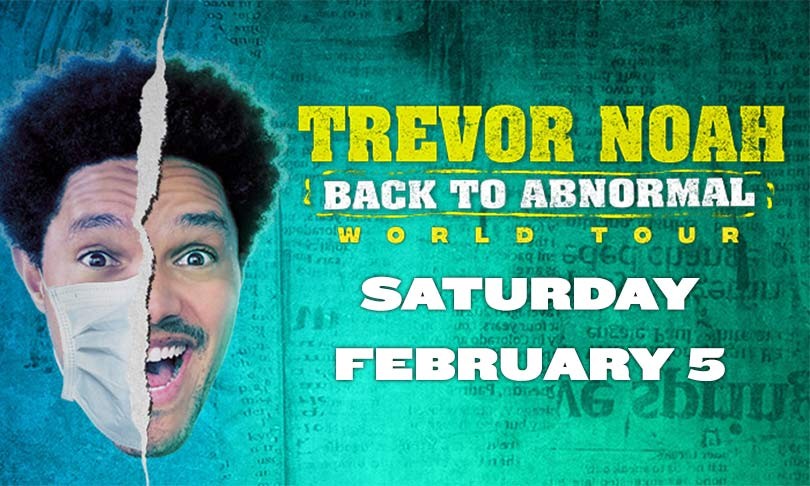 Trevor Noah is coming to Portland on February 5, 2021.

Trevor Noah is the most successful comedian in Africa and is the host of the Emmy® Award-winning “The Daily Show” on Comedy Central. Under Trevor, “The Daily Show with Trevor Noah” has broken free from the restraints of a 30-minute linear show, producing engaging social content, award-winning digital series, podcasts and more for its global audience. “The Daily Show with Trevor Noah” has received numerous Emmy Award nominations, including Outstanding Variety Talk Series and Outstanding Writing for A Variety Series.

Trevor has written, produced, and starred in 11 comedy specials, including his most recent, “Trevor Noah: Son of Patricia,” which launched in November 2018 on Netflix. The special touches upon racism, immigration, camping and more. “Trevor Noah: Son Of Patricia” received a NAACP Image Award for Outstanding Variety Show, as well as a Grammy Award nomination for Best Comedy Album.

Trevor is the author of the #1 New York Times bestseller “Born a Crime: Stories from a South African Childhood,” which has received the Thurber Prize for American Humor and two NAACP Image Awards. The Audible edition of “Born a Crime,” performed by Trevor, remains one of the top-selling, highest-rated, and most-commented-on Audible performances of all time. To date, “Born a Crime” has sold over 1 million copies across all formats.

In April 2018, Noah launched The Trevor Noah Foundation, a youth development initiative that empowers youth with the foundation for a better life: access to high-quality education. Noah's vision is a world where an education enables youth to dream, see and build the impossible.

Waterfront Concerts and the City of Portland are excited to announce WHITNEY CUMMINGS "TOUCH ME" STAND UP COMEDY TOUR at Merrill Auditorium in Portland, Maine on Friday, March 18, 2022.

As Tickets for this show will go on sale to the general public beginning Friday, October 8th at 10:00AM EST.

Comedian Whitney Cummings has announced dates for her upcoming “Touch Me” stand up comedy tour. The tour will feature Cummings’ signature take on the current culture and the return to touring after the COVID-19 pandemic. “Touch Me” is a play on Cummings most recent Netflix special, “Can I Touch It” and will destigmatize and celebrate the importance of being together again after over 14 months of isolation. The beautiful thing about the phrase “Touch Me”, is that it has multiple meanings: the most obvious of course, is physical touch but there is also being touched emotionally, intellectually, spiritually and Cummings will cover it all.

Over the past few months while larger theaters have been closed due to COVID-19 restrictions, Whitney has been touring the United States, workshopping her new material in smaller rooms in preparation for her massive “Touch Me” theatre tour.  During these creative workshopping sessions, Cummings has been engaging with her audience through her stand up, but also through physical touch- hugs, dancing, playful antics, etc.  As the most prominent female voice in standup comedy, the “Touch Me” tour will be a big ole’ party and celebration of LIFE!   The material is deeply personal, reflecting on the changes the pandemic brought to her life and her observations of today’s society.

“Over the past year, I’ve had a lot of time to drink but also to work on ways to connect with comedy fans through my podcast and social media, and even though we’ve all been so far away from each other, I feel closer than ever to the people who follow me. I went from putting out a well-polished hour comedy special every couple years to sharing my personal life daily and frankly, secrets I shouldn’t even tell my therapist. I can’t wait to get back in venues with comedy fans and get every other disease besides Covid,” says Cummings.

Whitney Cummings is a comedian, actor, writer, producer, director and host of the podcast Good for You. Best known for creating and starring in the NBC series Whitney, Whitney also is also co-creator and co-writer of the Emmy-nominated CBS comedy series 2 Broke Girls. She has appeared in multiple television shows and films, as well as multiple stand-up specials, one of which was nominated for an American Comedy Award. In 2017 she published her memoir titled I’m Fine ... And Other Lies. Whitney’s first one-hour stand up special, “Money Shot,” premiered on Comedy Central in August 2010 and was nominated for an American Comedy Award.  Her second one-hour stand-up special, “Whitney Cummings: I Love You,” debuted on Comedy Central in June 2014.  Her third one-hour stand-up special “I’m Your Girlfriend,” aired on HBO in 2016 and her fourth, “Can I Touch It?” aired on Netflix in 2019.